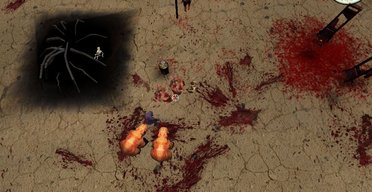 A new world is born marking the end of an era. Our era. We have always known that we would be the instrument of our own demise. Now that time is here. The world as it exists now is merely a reminder of human nature. When all things where gone some of us remained, lingering in a realm where violence is a substitute for compassion.
A new world order is born where the only thing that counts is the amount of bullets in your gun. Take on this world of post apocalyptic insanity and blast your enemies into tiny bits along with your friends. Together you must fight of hoards of mutants whose only purpose is to make squishy sounds beneath your boots. Choose among four different moronic gunslingers whose only trait bigger than their thirst for mayhem is their ability to bullshit.

Description:
FUSE is a realtime multiplayer co-op hack’n’slash rpg beyond the boundaries of normal blood and guts action. Solve quests and put bullets in people at the same time. Maim with impunity until the Devil himself stand in awe, then desecrate some more!

FUSE was made by these students from the PlaygroundSquad class that started in 2003: